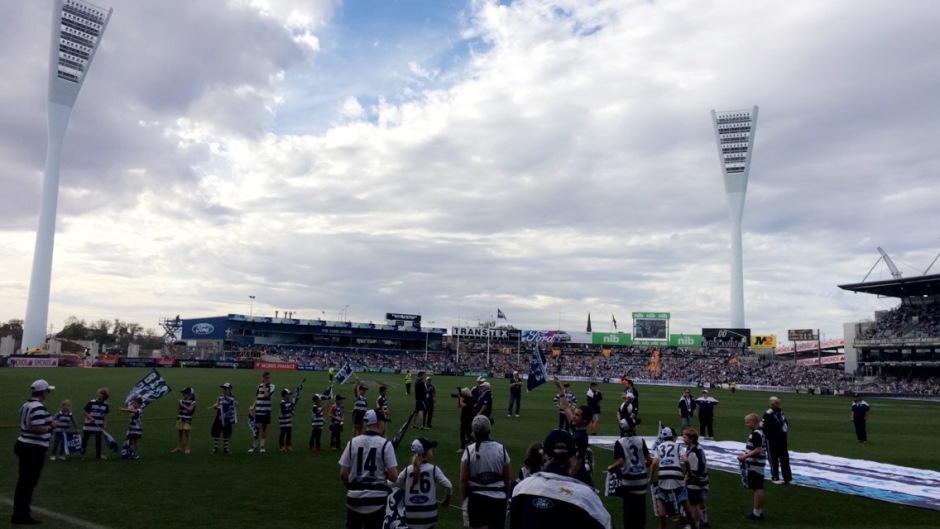 When you think of a typical Aussie what do you think of first? Does AFL supporter come to mind? If so, it’s likely you would not have considered me a true Aussie up until this past weekend, as I had never attended an AFL game.

However, now that I’ve watched an AFL game live at a stadium,I’d like to throw myself into this category of being a true Aussie.

Despite not knowing the rules 100% or supporting either of the teams playing at Simonds Stadium in Geelong – Geelong Cats versus West Coast Eagles – it was actually a really enjoyable experience.

I’m not all for the abuse thrown from one team to another, especially booing the opposition, but I guess that is a major part of AFL and it’s all a little fun and games without intentionally meaning to be hurtful towards your opposition.

I do however give major props to the one Eagles fan sat in a crowd of hundreds of Cats fans who stood his ground – that was up until the Cats were on a role and absolutely hammered the Eagles, to which point he mysteriously disappeared.

The team spirit was thoroughly amusing to watch particularly of the ‘cheer squad’ – which is an actual group you have to apply to and if you are selected, you must be as loud as possible at the games.

I would definitely attend another game, I wouldn’t even have to support either of the teams playing, I just really liked the experience and feeling of finally being a true Aussie!

All up, even if you’re not an AFL supporter – which I am not – it’s something you can attend and still enjoy just for the experience and chance to say ‘hey I’ve been to an Aussie fudy game’.