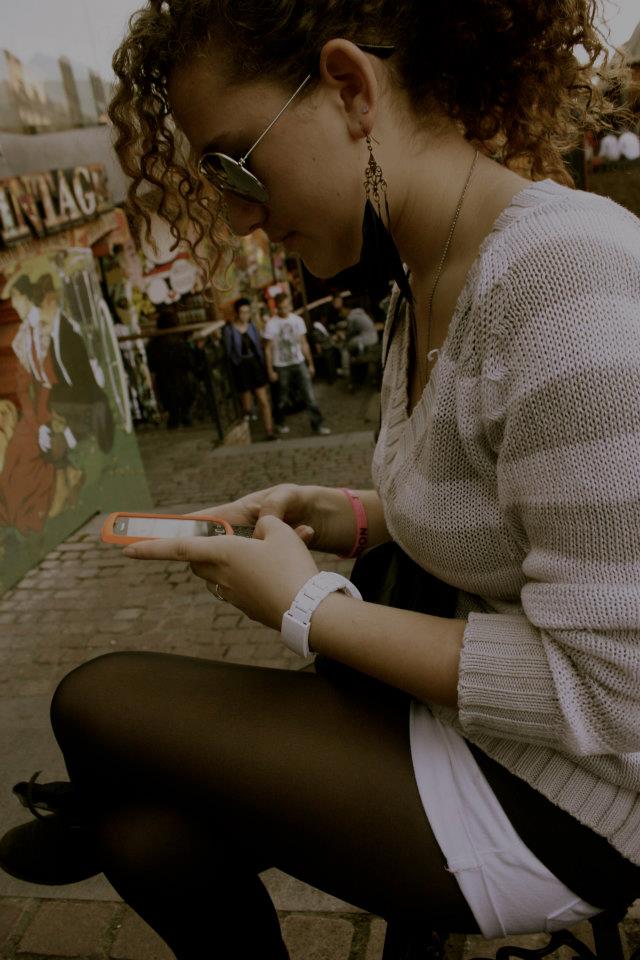 Part of my Before 30 list has always included doing a one week social media detox: no Instagram, no Facebook, no Snapchat, the works. Embrace the now and not the digital world.

I always hear those in the older generation make comments that we’re increasingly becoming a less social world despite the numerous “social” media apps now available to us. I used to think comments and outlooks like this were a bit ignorant to be honest, like c’mon guys just catch up with the times. But in reality, they were right. 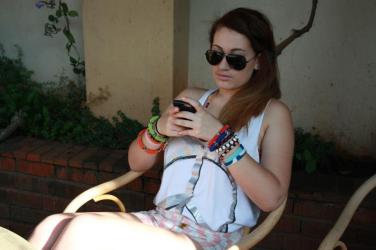 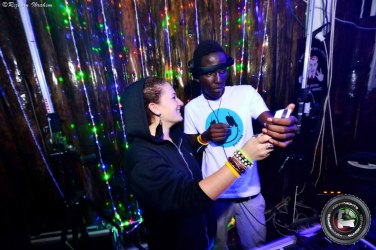 Next time you get on a bus, train or walk down the street, or even out to dinner, look around you, look at how many people have their heads buried in their screens.

We are so caught up in a digital world that we’re losing real connections and forgetting about the things that really matter.

I remember when I was younger and Facebook was the it thing; I’d constantly get asked if I had this person or that person on my friends list or how many Facebook friends I had altogether. You weren’t quite cool unless you had hundreds, if not thousands, of Facebook “friends”. Were we really friends with these people though? Would we invite them to our parties, weddings or even know what they do for a living? I can almost bet not.

A few years ago I did a massive Facebook cull, I went from 1000 something friends to 500 or so, and I felt so good for it. I now sit at 617 friends and even then I’m pretty sure I should do another cull because I don’t even speak to probably 50% of those “friends”.

Then there’s Instagram. A digital photo album. A platform where we can show off our perfect lives in 4×4 photos. I’ve had my Instagram since I was 17. That’s 7 years of displaying only the best bits of my life online.

Social media isn’t completely toxic, it has it’s great parts too. For someone like me who has family and friends living all over the world, it’s a convenient way to keep in touch and stay up to date with what everyone’s getting up to. It’s also a great way to find places to go in the world; there’s plenty of stuff that’s on my bucket list that I’ve come across as a result of social media (whether it looks exactly like it does online or not is another question).

For the most part though, in my opinion, it’s addictive and completely harmful to our mental health. The pressure to have the perfect photo always. To show the world what cool restaurant we ate at. To constantly keep up with everyone’s lives with the Instagram stories feature. It is exhausting; I can only fully say this with complete honesty after having taken a week off from it and its suffocating pressures.

Before my ‘detox’ I would find myself lying in bed saying to myself I’ll just have a quick scroll of Insta then go to sleep, that “quick scroll” would suddenly end up being an hour or two long. The same would happen in the mornings. Or after work. What an absolute waste of time. Time I could have used productively whether it was reading a book, cleaning the house, getting work done, exercising, or actually socialising with real people. I recently read that if people spent the same amount of time they spend on social media in a year they would be able to read at least 200 books; if that’s not a wake up call I don’t know what is.

Then there’s the pressure of getting the perfect picture whenever you go some where that you end up spending more time looking at your surroundings through your lens than you do with your own eyes and embracing all that is truly present.

Everyone is guilty of it. In this day and age it’s hard not to be. But I think we all really need to try a little harder to stop living for the pleasure of what people are going to see on social media and start being more present in the moments.

I’ve seen first hand people ruin wedding photos because they want to get the shot on their iPhone and blocked the view of the actual wedding photographer. I’ve been to a wedding where the celebrant had to ask all guests not to take any photos or videos of the wedding in respect of the couple.

I’ve seen little kids faces light up at the thought of going on a ride at the shops and begging their parents to let them to. They get on super excited, smile beaming from ear to ear, then they notice that their parent isn’t even looking at them instead they’re too pre-occupied with their phone and instantly the child loses all interest in the ride.

My friend said to me the other day, after we got onto the topic of social media and how she deleted all her accounts, that she felt so much pressure to show the outside world just how fun her life was that it became overwhelming. She knows her life is fun and amazing why does she have to prove that to everyone else? And I could’t agree more.

I’ve been back on the socials for a mere 3 days and I can feel my mental health declining because of the pressure associated with these apps.

I changed my Facebook profile picture and instantly became obsessed with whether it was getting likes.

I overthink posting something because what if people think I’m weird or uncool for sharing it? God forbid what if someone unfollows me because of it?

I feel sad when my boyfriend doesn’t post stuff about me on his socials, showing me off to the social world, when in actual fact he shows me off in reality to actual people we see and spend time with so why does he have to prove his love over Instagram story?

The sad thing is, I’m probably not the only person to think or feel this way.

People always say not to compare your life to someone else’s, especially that of someone on Instagram because a photo does not always depict the full truth, but it’s hard to actually practice this. I’m guilty of it. I tell myself not to but I honestly find it a real struggle not to think that this person’s doing this or that, why aren’t I? My life must be so boring.

In reality, I’ve been to more countries in my mere 24 years than most people I know. I’ve done so many things from my bucket list that most people would never even do. That doesn’t sound so boring now.

Before I went on my social media detox Instagram in Australia removed the ability to see other people’s likes. You could see who had liked the photo but not the number of overall likes the post had received. I think this was the best thing that Instagram could have done – it definitely helped to reduce my habit of comparing my life to the ones I saw on Instagram. However, since I’ve been back on Instagram I’ve noticed that this feature has gone back to it’s original way and we can once more see the number of likes. And just like that the constant comparing is back too.

We’ve become, and will continue to become, an ever growing digital world where technology rules our lives. And that may be fine for some, but I can whole heartedly say I can’t do it anymore. Which is why I’ve made some changes in my life. I’ve still got Facebook but I’ve deleted the actual app from my phone, now if I want to check it I have to get my computer out and check it the old school way. I’ve moved apps like Instagram and Snapchat from my main screen on my phone as well as turned off the notifications for them to reduce the pressure of constantly feeling the need to check them. I’m going to continue doing social media detoxes with a permanent Media-less Monday.

Doing a one week detox from these apps was honestly the best thing I could have done, and I’m so glad I did it. It truly makes me sad to think that I even had to in the first place.

If you’re finding yourself caught up with the digital world and lacking real world connection, I would suggest you do a little detox yourself. If you need some more inspiration for the times when you need to feel good check out my self care post.