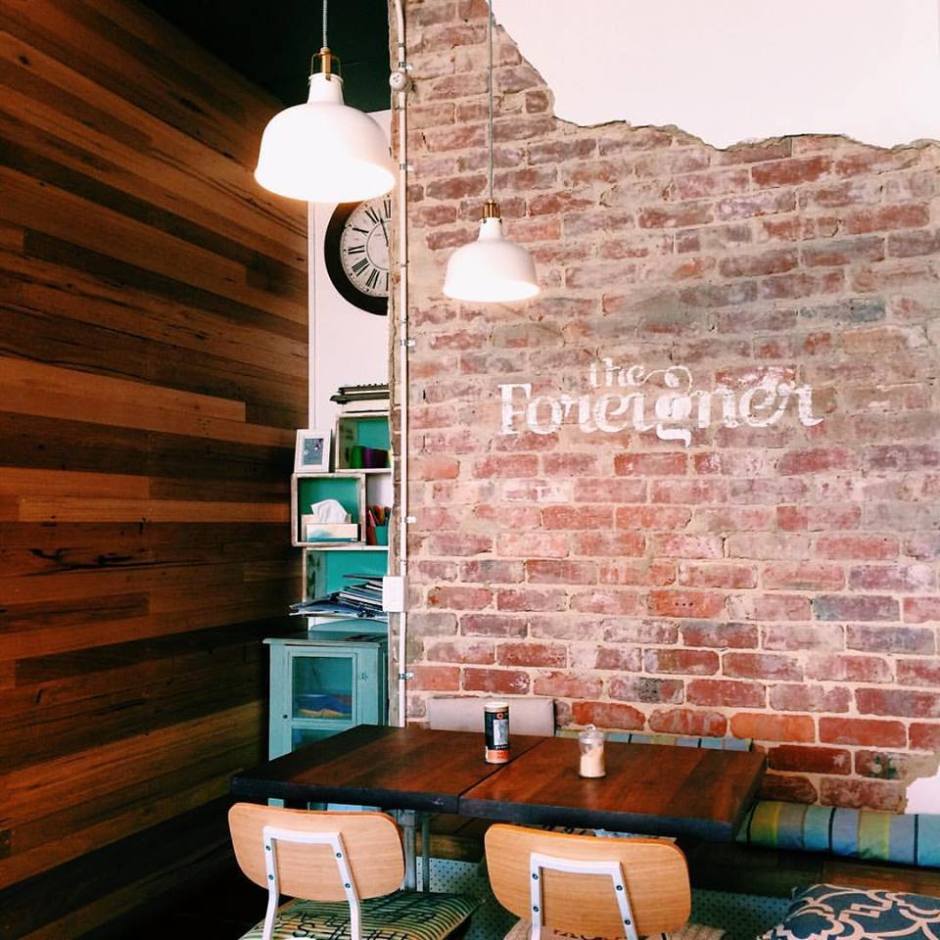 A few months ago I stumbled upon what quickly became one of my favourite local Ivanhoe cafes, The Foreigner.

Nestled down a little side street off Ivanhoe’s main road is where you’ll find this increasingly popular cafe.

Consider booking ahead to ensure you don’t miss out, particularly for those Sunday brunch outings.

Owner Semir Elamazi (Dosage and Second Wife) likes the concept of hidden cafes. His first cafe Hyde n Seek (which he has since sold) was hidden away in the streets of Ashwood; he’s brought a similar vibe to Ivanhoe with The Foreigner.

The interior design may look unfinished with the semi-exposed brick walls, but that’s the way it’s meant to be. The feature wall adorned with a colourful world map is the work of Melbourne artist Danielle Weber. 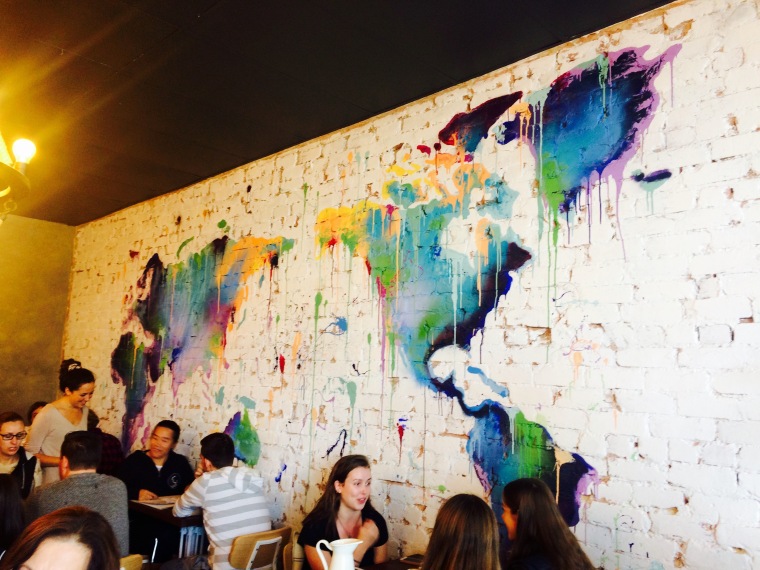 The foreign theme doesn’t end with the name or decor though; Elamazi is keen on showcasing foreign flavours too.

Many of the menu items highlight his Middle Eastern background. Take the ever-popular Breakfast HSP for example, Elamazi’s breaky version of the Hallal Snack Pack. Originally called the Pauline Hanson Special, it started out as a feature in the specials section in response to a comment from Hanson regarding hallal products. The braised pulled lamb served with rosemary and thyme potatoes, toasted soldiers and poached eggs, drizzled with garlic, smoky barbeque and chilli sauce was so well liked that it became a regular on the menu under a new name.

On my first visit to The Foreigner I couldn’t go past the typical hipster choice of fully bashed avo. I’ve tried a few smashed avo variations in my time, but The Foreigner’s one takes out top spot on my list for sure.

Aside from being unbelievably Instagram-able especially with that pop of colour from the beetroot hummus, everything just worked so well and the beetroot hummus was the absolute cherry on top! Toasty pine nuts add a crunch to the smooth texture of the fresh avo, and a drizzle of lemon over the top brings all the flavours front and centre. And because I could, I added a cheeky a side of bacon to tie everything together.

To compliment the best smashed avo, I had the mad as a hatter wet leaf chai latte, and again it did not disappoint – way better than the powdered chai lattes that most places offer.

Speciality coffee with alternating foreign single origins from Industry Beans adds to the cafe’s theme. Tea comes from Sassafras Tea Leaves. And fresh juices are made on site. While Proof is in the Pudding is responsible for the variety of sweet treats in the counter cabinet.

Since finding The Foreigner, I’ve found myself brunching here a number of times, and although majority of the visits have been exceptional the second occasion didn’t quite live up to my first visit, purely because I decided to veer away from what has easily become my favourite brunch pick and pushed the boundaries as I tried their ricotta hot cakes, which was pretty as a picture.

However, the only reason I was disappointed by them was because I found them to be too eggy, and being someone who thoroughly dislikes eggs it was a let down. At least the chai latte lived up to the first experience.

There is so much more I’m excited to try from their menu, including venturing over to their lunch options such as the apple cider braised duck maryland or seared sesame seed crusted tuna fillet.

Perhaps one day I might even be brave enough to try the Hump It Up, a camel burger that is gaining popularity with patrons. Grilled camel patty, picked carrot, radish, cucumber, coriander, and mint with kewpie mayo and siriacha on a burger bun.

For now though, it’s going to be hard to tear me away from becoming a smashed avo regular. 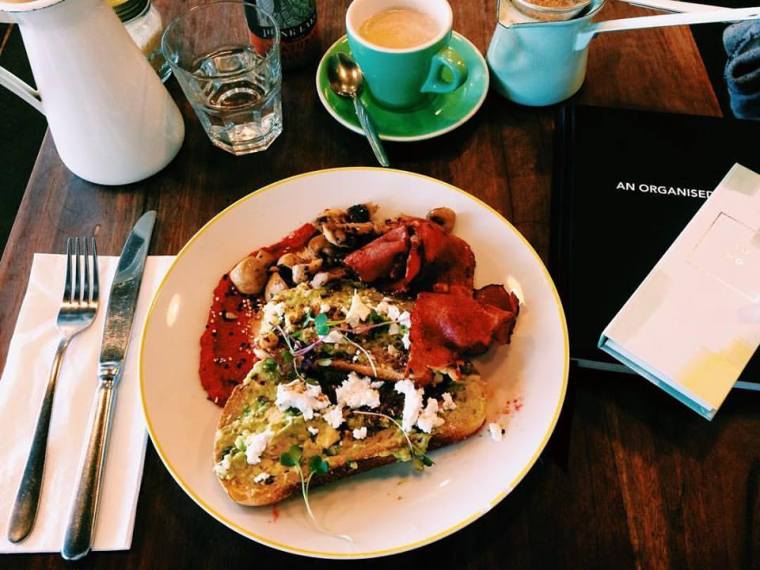 One thought on “The Foreigner Cafe ↠ Ivanhoe, Victoria”