For all the children of diplomats, missionary families out there, or just kids of world travelling parents, you will know better than anyone else what it is like being a TCK (third culture kid) and just what living in a country different to your birth nation means.

When I was a kid I never really thought too much about the opportunity or possibility of living somewhere else aside from Australia. Don’t get me wrong, this does NOT mean that I hadn’t ventured outside of my home state of Victoria; I was incredibly accustomed to travelling abroad from a young age. From popping next door to visit relatives in my mum’s native land of New Zealand every summer, or embarking half way across the globe to visit my mum in England at the mere age of 5; getting on a plane was far from being a foreign feeling to me.

So it really wasn’t until 2004 when my dad landed a job with the United Nations, which meant he would be moving to the Democratic Republic of the Congo, that it dawned on me there was the possibility of calling somewhere aside from Australia home.

Fast forward a year later and the news was broken to my family that we were packing up and doing exactly that – moving some where outside of Australia. 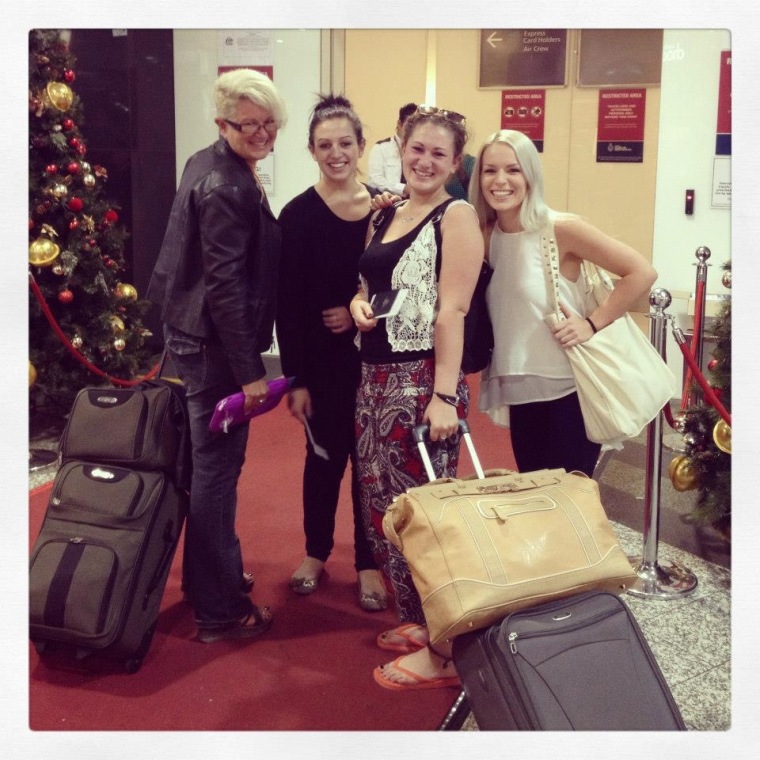 I can remember it like it was just yesterday when my dad came home and said, “we’re moving to Kenya”.

My initial thought: “oh wow that’s so cool… but uh where is Kenya?”

So there’s my teenage sister, my mum, dad and little 10-year-old me huddled around a world map on my parent’s bedroom floor drawing an invisible line from Australia to Kenya.

I didn’t know a single person who had moved so far away before. Of course I had childhood friends who had moved away, but that was only ever interstate – never half way across the world – so I wasn’t completely sure of what to expect.

The downsides of moving countries:

↠ Age plays a defining factor into how much the move will impact you,

↠ Being away from family members, like your grandparents,

↠ A place you were once comfortable in is now a thing of the past.

Being so young, the notion of moving to Kenya did not impact me as much as it did my sister (Courtney), who at the time was 13.

The reasoning behind this was due to the obvious age difference factor. I was still in primary school and was 2 years away from moving on to high school, and although I was apart of a friendship group removing me from that was not going to be a big deal as it’s much easier to make friends when you’re younger. Whereas Courtney was 2 years into high school already, had a friendship group established, and had found her place per say; so picking up and moving was something that was going to really hit her hard. (In fact I’ll let you in on a little secret; my sister was so against moving that my parents semi bribed her with a new laptop – which is funny to look back on now as she’s the only one out of the 4 of us who has remained in Kenya and has made it her home to this day.)

However, having said that, this wasn’t the same for my later moves, especially Austria. I was a lot older for this move and was definitely not ready to say goodbye to my life in Kenya. I’d spent my predominant teenage years in Kenya, and all my friends were there, so moving was just not an option for me, but I had to suck it up because I had no alternative. This was definitely the hardest move for me, and my parents can definitely vouch for that because for some time after I was not the nicest to them. I was excited by the notion of getting to explore some where new, but it was a place that I was not going to go to school in therefore the likelihood of making friends, at the time, felt non-existent to me.

Having recently travelled back to Austria to visit my parents (who still live there FYI) it truly made me realise how shallow I had been about the situation, and how much I had missed out on by being a sulky teenager and locking myself away in my room during majority of my time there. So I urge anyone moving some where new to not be like me, rather be open minded, live in the moment and realise how lucky you are for getting to experience such a unique opportunity.

Aside from the friendship element of moving countries – or moving anywhere new in general – it takes its toll being away from your family too. Obviously when I moved to Kenya it was just my immediate family, which meant I was going to be away from my grandparents, aunties, uncles, cousins, etc. and although it sounds like it can’t have been that bad, since I wasn’t completely alone, it can get to you. Sometimes you just need that hug from a grandparent, or to hang out with your cousin but when you only get the chance to see them every couple of years it can be hard. 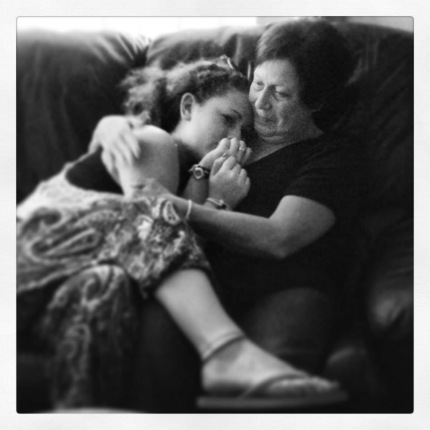 In addition to these elements there’s also the factor that everything will now be new to you. I guess this wouldn’t really impact you too much if you were moving to a country similar to the one you had grown up in; this was far from the truth for me though.

Kenya and Australia, for the foremost, share little similarities, meaning I was about to become a fish out of water. It can be daunting not knowing your environment or being some where that is so different to what you’re used to, but honestly the only way to overcome such a situation is to just get over it and don’t let it hold you back. Let’s face it, if you confine yourself to the four walls of your house you’ll never learn to be comfortable in your new environment. Make friends, explore your new neighbourhood; basically, get out there.

If I had to give 3 tips to my younger self (or anyone moving countries) they would be:

↠ Keep an open mind – yes it may be a different environment that you are comfortable with, but the more open and positive you remain, the more likely you are to enjoy the experience,

↠ Support one another – if, like me, you are moving with your family the best thing you can do is to support each other (especially your parents). You may hate them for removing you from an environment you are comfortable with, but in the long run you will end up thanking them for a unique opportunity that not everyone gets to experience. At the end of the day, you’re all going to be in the same situation – newbies, whether that’s at school or in the work force or in society – so just be there for one another and ditch the resentment,

↠ Appreciate that not everyone will understand your situation – not everyone gets to embark on an experience like this and many people will remain in their little personal bubble and not venture outside of that. In circumstances like this, you may encounter odd comments or behaviour so you just have to take them with a grain of salt.

The good bits of moving countries:

Aside from all the typical negatives of uprooting yourself, such as being away from family and friends, etc. there are actually positives to moving countries.

↠ You get to see the world,

↠ You’ll have friends based all over the world,

↠ It’ll give you a unique story to boast about.

If, like me, every corner of your being get’s excited over all things travel related, moving countries will fuel this feeling like never before. Moving some where new means new travel possibilities, and the opportunity to explore a place you may have never seen – and let’s face it, there’s something thrilling about being able to tick off another country on the world map.

The second bonus of moving countries can also be a downside sometimes; having friends based worldwide. This is an absolute bonus because it means you’ll always have an excuse to go back to a country, or visit that new country your friend has just moved to, plus the notion of free accommodation (double thumbs up!). At the same time though, this can be a real downside because it means having to deal with goodbyes on the regular and dealing with the idea of long distance friendships. Although, I guess with the enhancement and prominent presence of social media these days, particularly platforms like Facebook and Skype, the distance can be made to not feel so great.

Third and finally the other benefit moving countries presents you with is a super unique story that will out smoke everyone else’s stories of their upbringing. Perhaps it’s a slightly superficial thought, but at the end of the day it’s something different that quickly intrigues many people.

As silly as it sounds there are actually confusing elements that occur when you move so often. The main one is the question of ‘where is home?’

Whenever someone asks me this, I have to pause for a moment and really think about it. Do they mean where I was born? What nationality my passport is? Where I spent most of my time growing up? Where my family are based?

It’s just such a daunting question that has no simple answer, well not for me at least.

My family and I sometimes joke that home for us is an airport, after all we’ve spent countless hours in so many that they’re pretty much our second home anyway.

Despite having left Kenya 3 years ago now, I still do – and always will – consider it one of my homes. Likewise Australia is my home; it’s where I was born, the country of my passport, and where I currently reside.

The other confusing element, is the puzzling looks I occasionally receive from people when I say where I’m from and they reply with, “you don’t sound Australian” – admittedly, I don’t get asked this too often anymore as I’ve managed to get that iconic Aussie accent that I once lost back again finally!

If I could give you only one tip it would be this (without stealing Nike’s slogan) JUST DO IT!

You know what, at the end of the day you’re going to regret not taking the leap more than you will risking it.

What I’m trying to say is, there’s nothing stopping you from coming home if you decide the move just isn’t working out, so why not take the risk in the first place?

So go on, expand your horizons and step outside of the safety of that well known area code you’ve become so accustomed to.

If you’ve got any questions regarding moving countries, or would like further insight into the experience leave me a comment below↓