From music festivals to rooftop parties or even just dinner and drinks with friends, there are endless ways to bring in the New Year.

I however, did none of the mentioned, rather I farewelled 2016 and welcomed 2017 in a good old ‘Strayan way; camping.

3 years ago I found myself bringing in 2015 in the quaint town of Yarrawonga. Considering everything was booked the day before I travelled up there, you could say it was an incredibly spontaneous trip! I’d never been to Yarrawonga before, and Tina (the friend I had travelled with) and I knew of only 2 other people spending NYE up there, nonetheless it was a trip to remember; I even met my now boyfriend there.

This past NYE was spent in a similar fashion. However, things weren’t as spontaneous as the previous year and there were more than just two of us this time.

In total 15 of us welcomed 2017 together. Having varying work schedules however, meant that we travelled up to Yarrawonga at different times. With a packed car and ready for the 4 hour road trip from Geelong to Yarrawonga we hit the road. Along with 9 others I headed up on the 30th, whilst the others joined us the following evening. 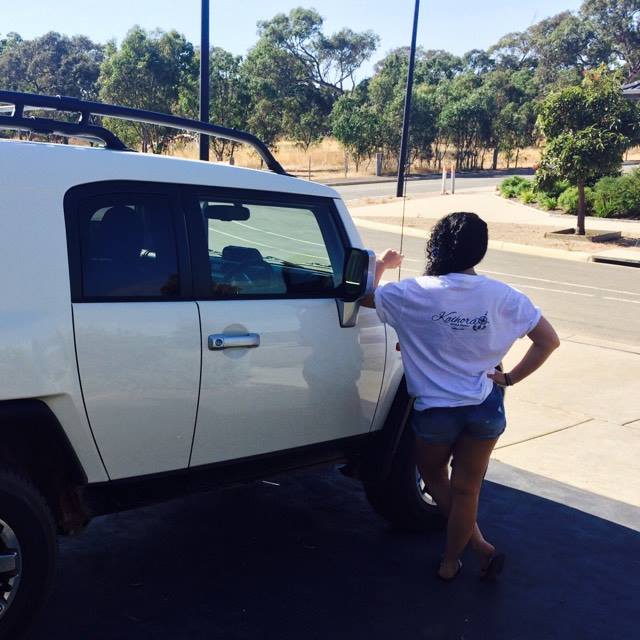 We set up camp at the Yarrawonga Holiday Park and called that home for the next few days.

In regards to how far in advance you should book, it varies really. The time I stayed over 2014-2015 NYE I booked the site the day before I travelled up, however, this time, the site was booked a few weeks in advance. There are various factors you should consider as to when you think you should book, such as how many of you are going, and whether you want a powered or unpowered site (I’ve opted for unpowered both times).

Since my first visit and my most recent, the holiday park has introduced some new areas. All the sites are relatively the same as are the bathroom and shower facilities, however, the have just opened a splash park within the holiday park – not just an absolute bonus for families but also for when you want to cool off from the 35+ degree heat.

What to do for meals:

There are so many options with this one. The holiday park is less than 5 minutes drive to town where there are countless food outlets from bakeries, to fast food options such as KFC and Subway, as well as supermarkets and restaurants/pubs.

Each morning we did a basic camp breakfast of cooking some bacon and eggs on a little burner stove. However, lunch and dinner varied from night to night. The first night consisted of delving into 11 pizzas (yes 11!) around camp, and the next was pretty basic with a roast chicken from Woolworths. New Years day called for something slightly more fancy and we all headed up the road to the Criterion Hotel for some pub grub. There was only one way to conclude the trip on the fourth and final night; a BBQ feast at the holiday park.

FYI: the holiday park boasts a number of outside BBQ stations as well as an inside camp kitchen kitted out with BBQ tops and ovens, all for free use by those staying at the park.

How to spend your days:

The benefit of staying at this particular holiday park is its proximity to everything!

↠ There is a public swimming pool, which can be accessed from the park, with a flat fee of $4.10 for use.

↠ The park is situated on the banks of the Murray River (don’t let the colour of the water put you off, supposedly it is very clean) – there is even a boat ramp inside the park if you happen to have a boat with you. This means you’d also be able to wakeboard, ski, etc. down the river. From our particular site it was approximately a 10 minute walk (less when we drove) to an area we used as our little beach for the duration of our stay.

↠ Town is close enough to walk to if you’d rather opt for the walk than drive.

↠ Along the foreshore in town there is an inflatable adventure park, which I can confirm is well worth doing! Entry is $16.50 per person and it’s best if you book due to high demand and limited space for each time slot. You get to spend an hour being a big kid; running, slipping, sliding, jumping, and exploring the obstacle course. I definitely recommend doing this! 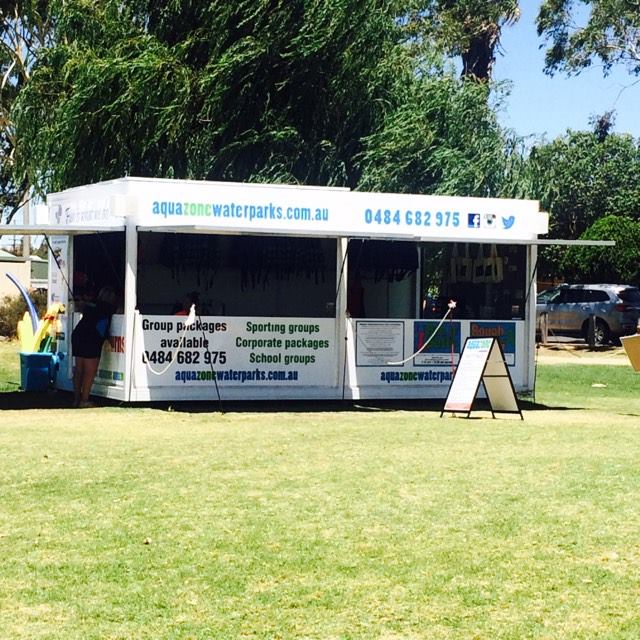 At the end of the day we were all on holiday so for the most part we were happy to float down the river, laze about in the sun, and just enjoy one another’s company.

How to welcome in the New Year:

During my first NYE in Yarrawonga I found myself at a mini festival like party at the Bundalong Tavern. However, this time we opted for something different. We headed across the river to the New South Wales side and partied the night away at Club Mulwala. Disclaimer for anyone who enjoys doing shots… Much to my horror, whilst trying to order a shot at the bar I was told that shots are a no go in NSW! Seriously?! If anything, this was definitely the worst part about my NYE sadly.

However, there are other options. The holiday park puts on its own little gathering, as does the Ski Club. There’s no need to organise a designated driver either as most things are within walking distance from the holiday park (except Bundalong) or there are free shuttle bus services that run from directly outside the park!

Camping necessities to bring with you:

Unlike camping out in the middle of no where, it’s ok if you forget a few things here and there when camping in Yarrawonga because at the end of the day you can just pop into town and pick up anything you need. However some things that I would highly recommend bringing that will come in handy include:

↠ a tent and all the necessities that go inside such as a mattress and blankets,

↠ a gazebo – this is soooo important for shade especially when camping in a place like Yarrawonga where it’s very rare to spot a cloud in sight,

↠ a few eskys for your food and drinks,

↠ sunscreen and aloe vera gel (because even though you don’t think you’ll burn, you will),

↠ towels – always a good idea to bring a few so you’re not having to shower with the one you used down at the river,

↠ inflatable water toys to float on the river with,

↠ although you can buy drinks in town, I would recommend purchasing them before hand and bringing them up with you to avoid paying excessive prices – food however, I would say buy when you get there to ensure it’s as fresh as possible,

↠ a camera to document the trip, even if you only take one photo!

↠ Use your cars as a shield from the wind, but also to make your site a little more private from those around you, 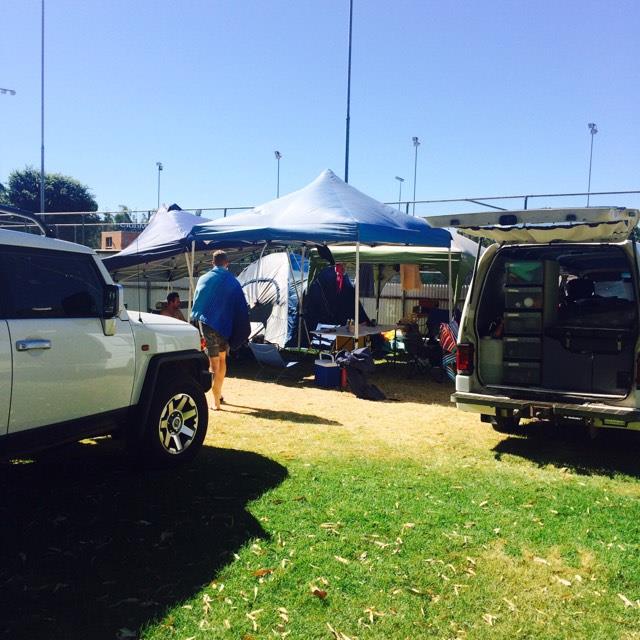 ↠ Set up your camp in a circular layout, have the gazebos in the middle as the social area and place your tents around utilising the gazebos for some shade on your tent,

↠ Get yourself a tent fan – yes it’s not really a traditional camping utensil but it comes in handy in the morning when the sun is rising and your tent starts to feel like a sauna ($15 from Aldi, bargain!).

How long to go for/when to go over NYE:

Obviously it depends on how much time you have up your sleeve as to how long you can stay for, whilst I spent a total of 4 nights and 5 days there, others only spent 2 nights due to their schedule.

If your calendar permits I would recommend going up no later than the 30th, because let’s be honest you don’t really want to spend NYE setting up camp making sure your tent is established la-di-da. By going on the 30th you have a day to get organised and not feel rushed.

Whilst my first trip I left on the 2nd of Jan and that was suitable, I would actually recommend staying one more night and leaving on the 3rd. From my most recent trip I noticed how many people packed up and left on the 2nd just as I had done on my first trip. This meant that we pretty much had the entire place to ourselves on our final night. We were literally the only camp left on the unpowered sites section and it was wonderful!

With good company, outstanding weather, and a laissez faire attitude, I welcomed in the New Year.