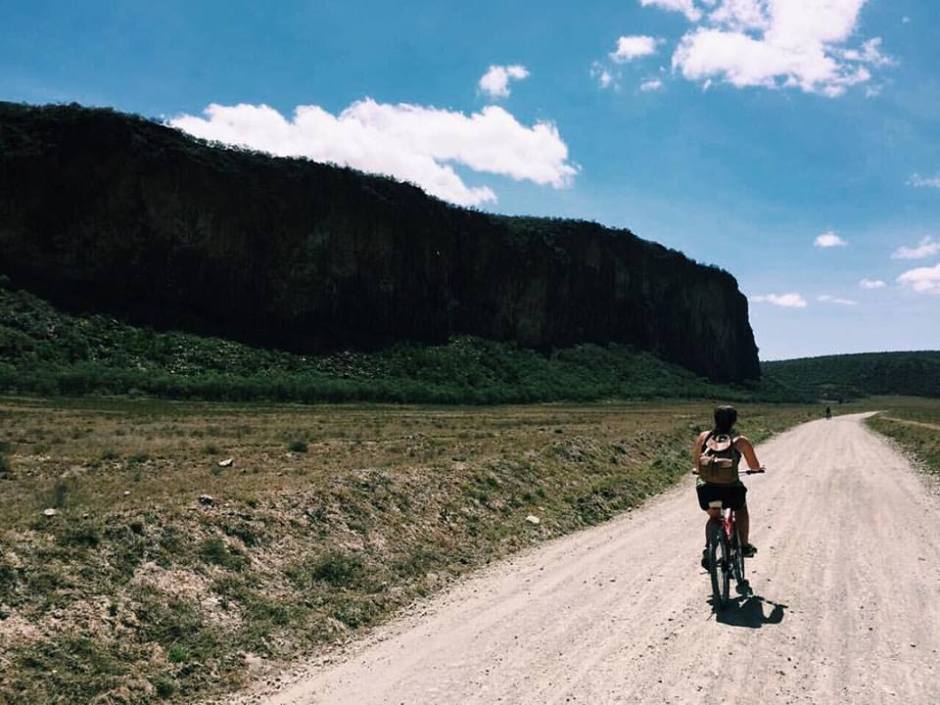 Approximately an hour and a half outside of Kenya’s capital city of Nairobi you will find the market town of Naivasha, which is home to the likes of Kenya’s Rift Valley, various camping spots along Lake Naivasha, Mt Longonot and, of course, Hell’s Gate National Park.

Hell’s Gate National Park is exactly what the name suggests, a national park consisting of 68 sq. kilometres of vast scenery. Following a volcanic eruption from the nearby Mount Longonot and intense geothermal activity in the surrounding area have resulted in the main attraction at Hell’s Gate, the gorges. The park was also the main inspiration for the movie The Lion King, and the gorge within the park played host to films such as Lara Croft Tomb Raider and Indiana Jones.

How to get to Hell’s Gate

Driving is the only way to get there using the Nakuru-Nairobi Rd. Depending on your situation, whether you’ve got a hire car, friend’s with a car you can use or if you are using taxis for transportation means, will impact how you get to Hell’s Gate.

If you have a car accessible I would recommend self driving, granted you feel comfortable enough driving in the chaotic traffic in Kenya. Self-driving allows for you to travel on your own schedule, stay in certain places longer or leave earlier if you wish.

Alternatively, if you don’t live in Kenya or don’t have friend’s whose car you can borrow, hire a car for the day.

If the above options are not possibilities, then I would highly recommend booking a day trip through a tour group. This is also a better option if you’re not so familiar with the roads and route from Nairobi to Naivasha.
{This is what I opted to do}

Viator is the tour company I booked through {click here to see the tour I did}. They utilise local companies and organise everything for you, from the driver to the entry tickets for the national park.

↠ Convenience; you don’t have to organise anything
↠ Local Knowledge; having a local as your driver and guides means that if you have any questions about the area, country etc. you can ask
↠ You’ll be so tired by the end of the trip that having someone else drive you home is an absolute win-win

Cons of using Viator:
Really the only negatives I have from using Viator are financial cons.
↠ The trip itself is AU$214, which seems quite expensive given that that doesn’t include lunch or the boat trip. The reason it is on the more pricey side comes down to how expensive national park fees are for non-residents {see below}.

↠ When you stop off for lunch, they cheekily include the drivers lunch in your own bill (I have no issue with paying for other people if I am the one to offer, but when I’m not consulted and just expected to pay for someone else I consider it slightly rude)

↠ You’re expected to tip the guides – I didn’t mind tipping the guide that took us through Hell’s Gate itself as he was really good, super friendly, and very informative, but when we were dropped back home and the driver asked us to tip him I decided not to for the fact that we had paid for his lunch without being consulted about and the fact that the overall tour was quite expensive in itself.

Despite these cons, if you absolutely cannot get your hands on a car to self-drive I would recommend biting the financial bullet and booking a tour so as not to miss out on a great opportunity.

The Viator tour we did consisted of:

The tour is a full day one, you’re picked up at 7AM and return home around 6PM, depending on traffic this may vary slightly.

Trust me when I say you have to be mentally prepared for this experience, I completely under estimated how hard cycling 8KM one way along a ridiculously bumpy road on ridiculously uncomfortable bikes would be.

The cycle will take you past Fischer’s Tower, which if you’re feeling extra adventurous you can rock climb {it’s just not included in the Viator tour so you’ll have to organise that yourself}, and through herds of wildlife, including zebras, warthogs, impalas, buffalos, and if your lucky, giraffes.

Hiking the gorge can take longer than an hour depending on your fitness levels.

The gorge is absolutely breathe taking. Despite having done this trip various times when I was younger, it never ceases to amaze me at what nature is capable of producing.

During the hike you’ll pass by natural hot springs, an area called Devil’s Bedroom, and on days where there has been an extensive amount of rain, waterfalls will appear. 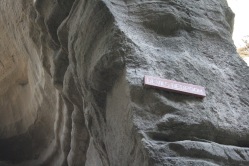 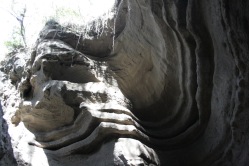 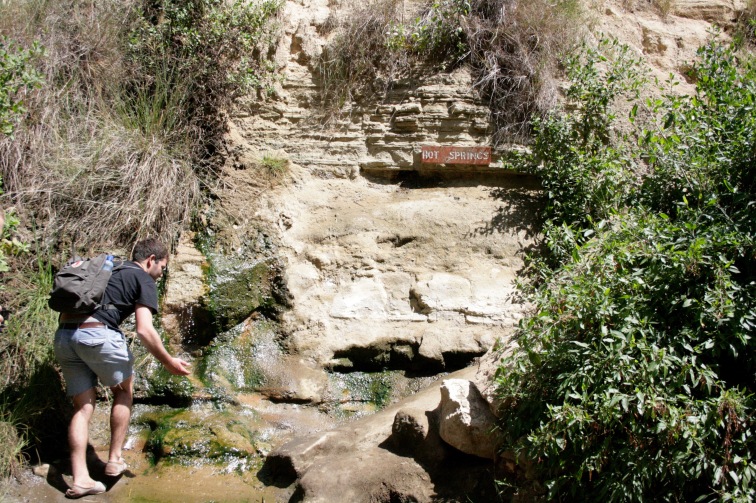 The hike is designed so that you enter at one point of the gorge and finish at the other end, which opens up to various little Maasai Stalls where you can purchase trinkets if you wish or extra water if need be. 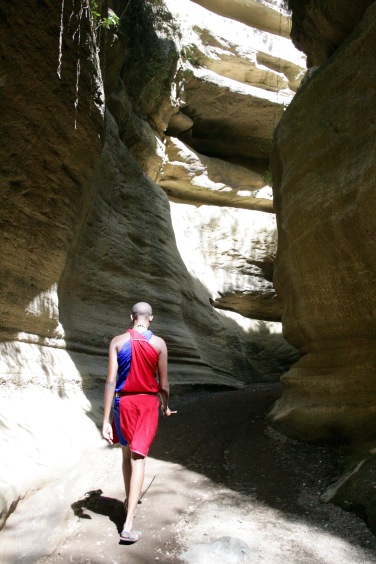 Once the Hell’s Gate part of the tour is complete, you carry on to Fisherman’s Camp, which is situated along Lake Naivasha, where you have a well deserved lunch.
The day is finished with a relaxing boat ride in search of hippos on the lake {this is not included in the tour price and is an extra US$20/2000 Kenyan Shillings per person}, before heading back to Nairobi. 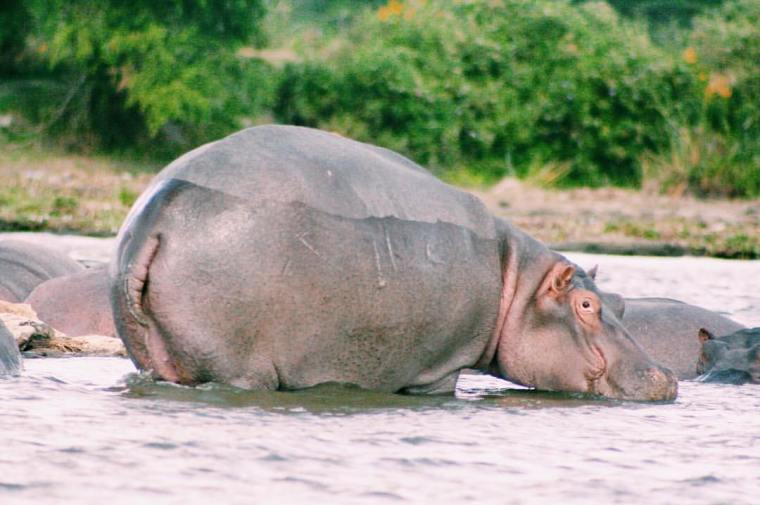 ↠ Round trip-transfer from Nairobi {7AM pick up from your accomodation}

During the journey from Nairobi to Naivasha, you’ll have a brief stop off at the Rift Valley Viewpoint (if you don’t do a tour and self-drive instead, I highly recommend stopping off here anyway to see the extensive views of the Rift Valley – there are also a number of souvenir shops if you so wish to purchase something). 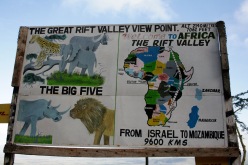 Tips for if you’re self-driving:

↠ If you’re not doing a tour and wish to drive through the park rather than bike, you will have to pay an entry fee not only for yourself but the car as well

↠ Sunscreen {even if it doesn’t look sunny, wear it! I decided to not put any on and am super sunburnt even 2 days later, and suffered heat stroke as a result}

↠ Snacks {the bike ride really takes it out of you and it’s a long time between breakfast and lunch, so I would recommend bringing some small snacks with you}

↠ Hat {I didn’t have one, but it would have been super handy}

↠ Money {for souvenirs, lunch, the boat ride, and any extra water/drinks you might want to buy}

If possible I would also recommend that you carry as little, or light weight, things in your backpack during the cycle and hike – my bag was so heavy and it made it really hard to cycle at some points.

There are a bunch of things to do in Naivasha aside from Hell’s Gate and Lake Naivasha including climbing Mt Longonot, and visiting Crater Lake for example, however, if you’re short on time I would highly recommend doing just Hell’s Gate and leaving the rest for another time.